For me they normally happen, these career crises, often, actually, on a Sunday evening, just as the sun is starting to set, and the gap between my hopes for myself and the reality of my life starts to diverge so painfully that I normally end up weeping into a pillow.

I’m mentioning all this because I think this is not merely a personal problem; you may think I’m wrong in this, but I think we live in an age where our lives are regularly punctuated by career crises, by moments when what we thought we knew — about our lives, about our careers — comes into contact with a threatening sort of reality.

I want to look now, if I may, at some of the reasons why we might be feeling anxiety about our careers. Why we might be victims of these career crises, as we’re weeping softly into our pillows.

One of the reasons why we might be suffering is that we are surrounded by snobs. What is a snob? A snob is anybody who takes a small part of you, and uses that to come to a complete vision of who you are. That is snobbery.The dominant kind of snobbery that exists nowadays is job snobbery. You encounter it within minutes at a party, when you get asked that famous iconic question of the early 21st century, “What do you do?”According to how you answer that question, people are either incredibly delighted to see you, or look at their watch and make their excuses.

Now, the opposite of a snob is your mother.Not necessarily your mother, or indeed mine, but, as it were, the ideal mother, somebody who doesn’t care about your achievements. Unfortunately, most people are not our mothers. Most people make a strict correlation between how much time, and if you like, love — not romantic love, though that may be something — but love in general, respect — they are willing to accord us, that will be strictly defined by our position in the social hierarchy.

And that’s a lot of the reason why we care so much about our careers and indeed start caring so much about material goods. You know, we’re often told that we live in very materialistic times, that we’re all greedy people. I don’t think we are particularly materialistic. I think we live in a society which has simply pegged certain emotional rewards to the acquisition of material goods. It’s not the material goods we want; it’s the rewards we want. It’s a new way of looking at luxury goods. So, the next time you see somebody driving a Ferrari, don’t think, “This is somebody who’s greedy.” Think, “This is somebody who is incredibly vulnerable and in need of love.”Feel sympathy, rather than contempt.

There are other reasons why it’s perhaps harder now to feel calm than ever before. One of these, and it’s paradoxical, because it’s linked to something that’s rather nice, is the hope we all have for our careers.Never before have expectations been so high about what human beings can achieve with their lifespan.We’re told, from many sources, that anyone can achieve anything. We’ve done away with the caste system, we are now in a system where anyone can rise to any position they please. And it’s a beautiful idea. Along with that is a kind of spirit of equality; we’re all basically equal. There are no strictly defined hierarchies. There is one really big problem with this, and that problem is envy. Envy, it’s a real taboo to mention envy, but if there’s one dominant emotion in modern society, that is envy. And it’s linked to the spirit of equality.

Let me explain. I think it would be very unusual for anyone here, or anyone watching, to be envious of the Queen of England. Even though she is much richer than any of you are, and she’s got a very large house,the reason why we don’t envy her is because she’s different. So we can’t relate to her, and when you can’t relate to somebody, you don’t envy them.

The closer two people are — in age, in background, in the process of identification — the more there’s a danger of envy, which is incidentally why none of you should ever go to a school reunion, because there is no stronger reference point than people one was at school with.

The problem of modern society is it turns the whole world into a school. Everybody’s wearing jeans, everybody’s the same. And yet, they’re not. So there’s a spirit of equality combined with deep inequality, which can make for a very stressful situation.

There is another reason why we might be feeling more anxious — about our careers, about our status in the world today, than ever before. And it’s, again, linked to something nice. And that nice thing is called meritocracy.

Everybody, all politicians on Left and Right, agree that meritocracy is a great thing, and we should all be trying to make our societies really, really meritocratic. In other words — what is a meritocratic society? A meritocratic society is one in which, if you’ve got talent and energy and skill, you will get to the top, nothing should hold you back. It’s a beautiful idea. The problem is, if you really believe in a society where those who merit to get to the top, get to the top, you’ll also, by implication, and in a far more nasty way,believe in a society where those who deserve to get to the bottom also get to the bottom and stay there.In other words, your position in life comes to seem not accidental, but merited and deserved. And that makes failure seem much more crushing.

You know, in the Middle Ages, when you met a very poor person, that person would be described as an “unfortunate” — literally, somebody who had not been blessed by fortune, an unfortunate. Nowadays, particularly in the United States, if you meet someone at the bottom of society,they may unkindly be described as a “loser.” There’s a real difference between an unfortunate and a loser, and that shows 400 years of evolution in society and our belief in who is responsible for our lives.It’s no longer the gods, it’s us. We’re in the driving seat.

That’s exhilarating if you’re doing well, and very crushing if you’re not. It leads, in the worst cases — it leads to increased rates of suicide. There are more suicides in developed, individualistic countries than in any other part of the world. And some of the reason for that is that people take what happens to them extremely personally — they own their success, but they also own their failure.

Is there any relief from some of these pressures that I’ve been outlining? I think there is. I just want to turn to a few of them. Let’s take meritocracy. This idea that everybody deserves to get where they get to, I think it’s a crazy idea, completely crazy. I will support any politician of Left and Right, with any halfway-decent meritocratic idea; I am a meritocratic in that sense.

But I think it’s insane to believe that we will ever make a society that is genuinely meritocratic; it’s an impossible dream.The idea that we will make a society where literally everybody is graded, the good at the top, bad at the bottom, exactly done as it should be, is impossible. There are simply too many random factors:accidents, accidents of birth, accidents of things dropping on people’s heads, illnesses, etc. We will never get to grade them, never get to grade people as they should.

I’m drawn to a lovely quote by St. Augustine in “The City of God,” where he says, “It’s a sin to judge any man by his post.” In modern English that would mean it’s a sin to come to any view of who you should talk to, dependent on their business card. It’s not the post that should count. But something very valuable in that idea, nevertheless.

In other words, hold your horses when you’re coming to judge people. You don’t necessarily know what someone’s true value is. That is an unknown part of them, and we shouldn’t behave as though it is known.

The number one organ of ridicule, nowadays, is the newspaper/internet and social media. If you open the newspaper or internet(social media) any day of the week, it’s full of people who’ve messed up their lives. They’ve slept with the wrong person, taken the wrong substance, passed the wrong piece of legislation — whatever it is, and then are fit for ridicule. In other words, they have failed. And they are described as “losers.”

What I think I’ve been talking about really is success and failure. And one of the interesting things about success is that we think we know what it means. If I said that there’s somebody behind the screen who’s very successful, certain ideas would immediately come to mind. You’d think that person might have made a lot of money, achieved renown in some field. My own theory of success — I’m somebody who’s very interested in success, I really want to be successful, always thinking, how can I be more successful?But as I get older, I’m also very nuanced about what that word “success” might mean.

Here’s an insight that I’ve had about success: You can’t be successful at everything. We hear a lot of talk about work-life balance. Nonsense. You can’t have it all. You can’t. So any vision of success has to admit what it’s losing out on, where the element of loss is. And I think any wise life will accept, as I say, that there is going to be an element where we’re not succeeding.

And the thing about a successful life is that a lot of the time, our ideas of what it would mean to live successfully are not our own. They’re sucked in from other people; chiefly, if you’re a man, your father, and if you’re a woman, your mother. And we also suck in messages from everything from the television, to advertising, to marketing, etc.These are hugely powerful forces that define what we want and how we view ourselves. When we’re told that banking is a very respectable profession, a lot of us want to go into banking. When banking is no longer so respectable, we lose interest in banking. We are highly open to suggestion.

So what I want to argue for is not that we should give up on our ideas of success, but we should make sure that they are our own. We should focus in on our ideas, and make sure that we own them; that we are truly the authors of our own ambitions. Because it’s bad enough not getting what you want, but it’s even worse to have an idea of what it is you want, and find out, at the end of the journey, that it isn’t, in fact, what you wanted all along.

So, I’m going to end it there. But what I really want to stress is: by all means, success, yes. But let’s accept the strangeness of some of our ideas. Let’s probe away at our notions of success. Let’s make sure our ideas of success are truly our own.

Thank you very much.

Everybody is dieting and yet…. 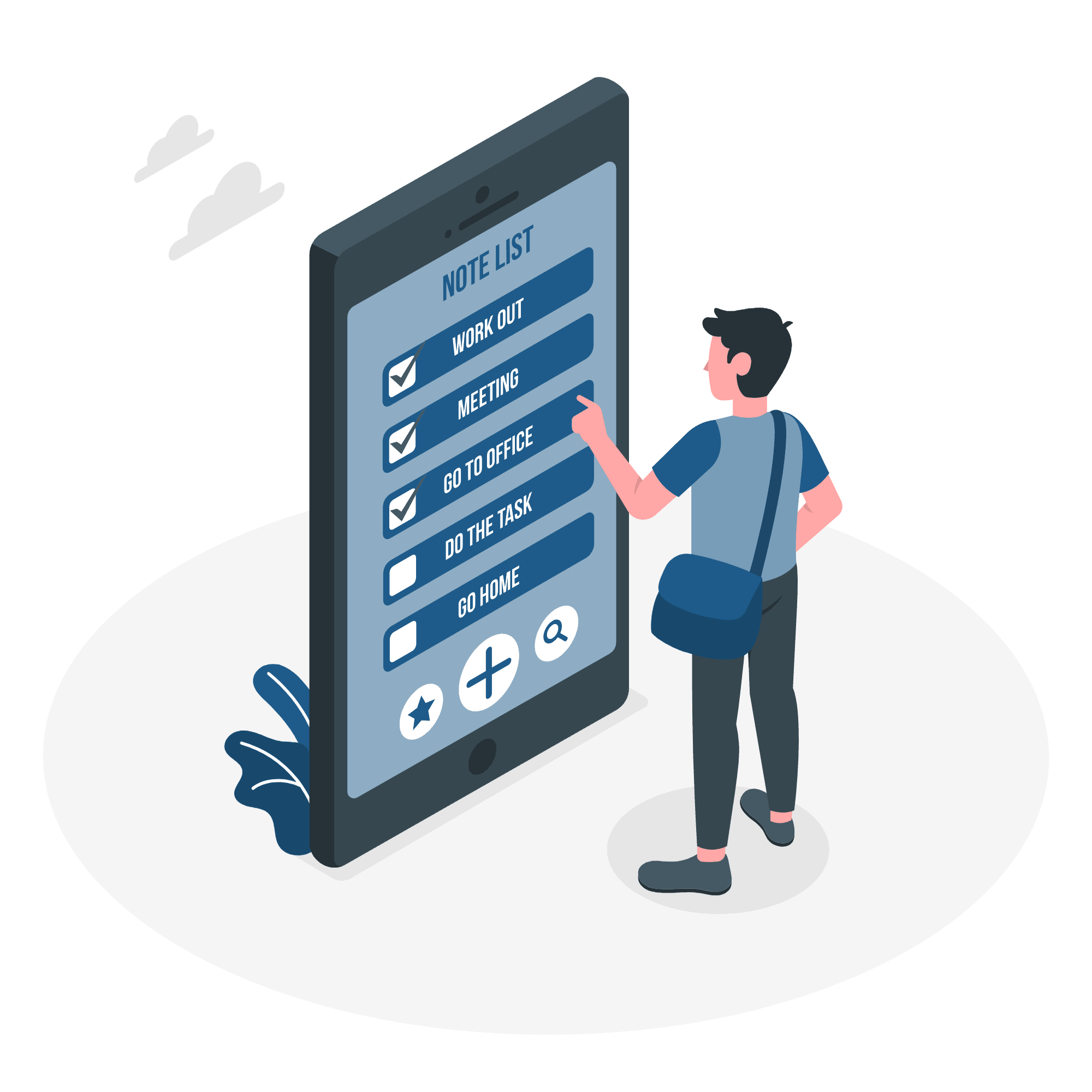